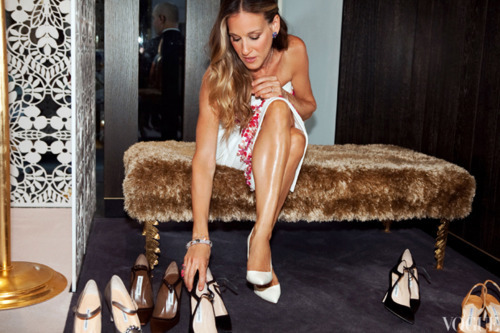 The 90's sitcom Living Single's Maxine once asked the question, " Kedeshia, What would the world be like without men?" Kedeshia responds " A bunch of fat happy women with no crime."  We all start out without the Y chromosome which makes us females. Here are ten ways to tell that you live in a world without men.

1.  Jewelry stores would most likely go out of business

2.  Instead of bars, there would be spa's everywhere.

3.  Beer wouldn't have been invented, instead there would be carbonated cosmopolitans. (Don't steal my idea) ;-)

4.  Everyone's cycle would sink up and once a month we'd all have a week off.

5.  No more women dealing with the side effects of birth control. We would all be artificially inseminated when the time was right.

6.  Hooters and strip clubs would be non exsistence.

7.  Cars would have lots of cup holders and they would come in a bigger variety of colors.

10.  Black Friday would happen more than once a year.

What do you think the world would be without men?
Posted by Take me to Tarah
Email ThisBlogThis!Share to TwitterShare to FacebookShare to Pinterest
Labels: Its a girl thing